How to enlight
an ancient church

“Over its total length, for a kilometre a more from one side and from the other, the Appia Way was a unique monument to be saved religiously unspoiled, for its history and for its legends, for its ruins and for its trees, for the countryside and the landscape, for the view, the loneliness, the silence, for its light, its sunrises and its sunsets …“ ( Antonio Cederna, from “ I Gangster dell’Appia”).

The San Nicola church is one of the rare examples of gothic architecture in Rome, going back to the first half of the fourteenth century. It is built on the ancient road axis of the Appia Way, called "the Queen of Roads, and located inside an archaeological park, considered unique the world over. Left in oblivion for centuries, the Church has been restored since 2016 onwards by the Special Supervision of Architectural Goods; it will be re-opened to the public. 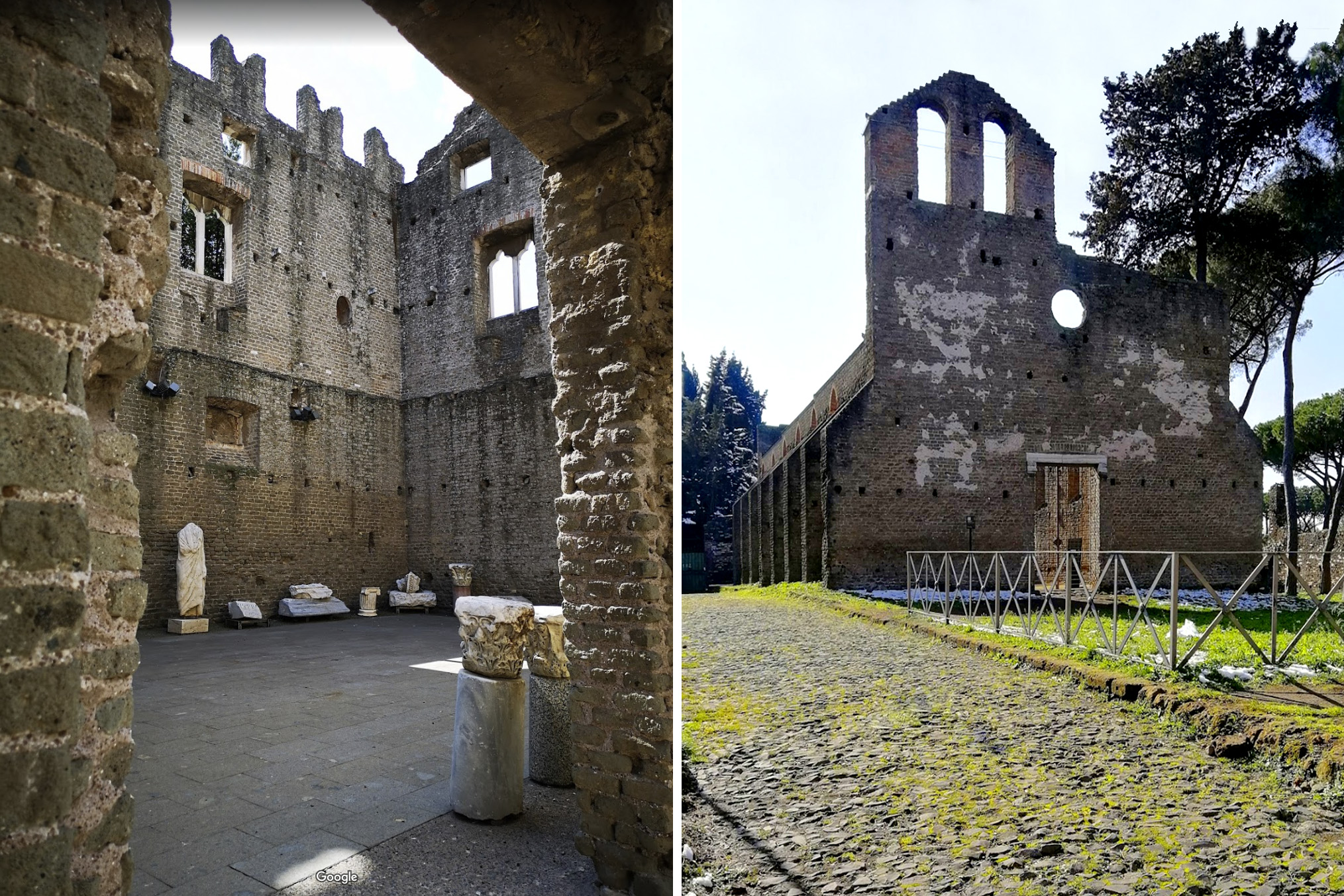 The re-interpretation of a site requires an in depth and literate knowledge of latter: without a specific cognition no interpretation whatsoever can be achieved, no elements among all those which compose the church can be brought out from the dark for the purpose of understanding. To be in the Appia cannot disregard its thorough consciousness. Starting from this belief the Baldieri Light Design Team succeeded to express the story that the building encases within its walls. 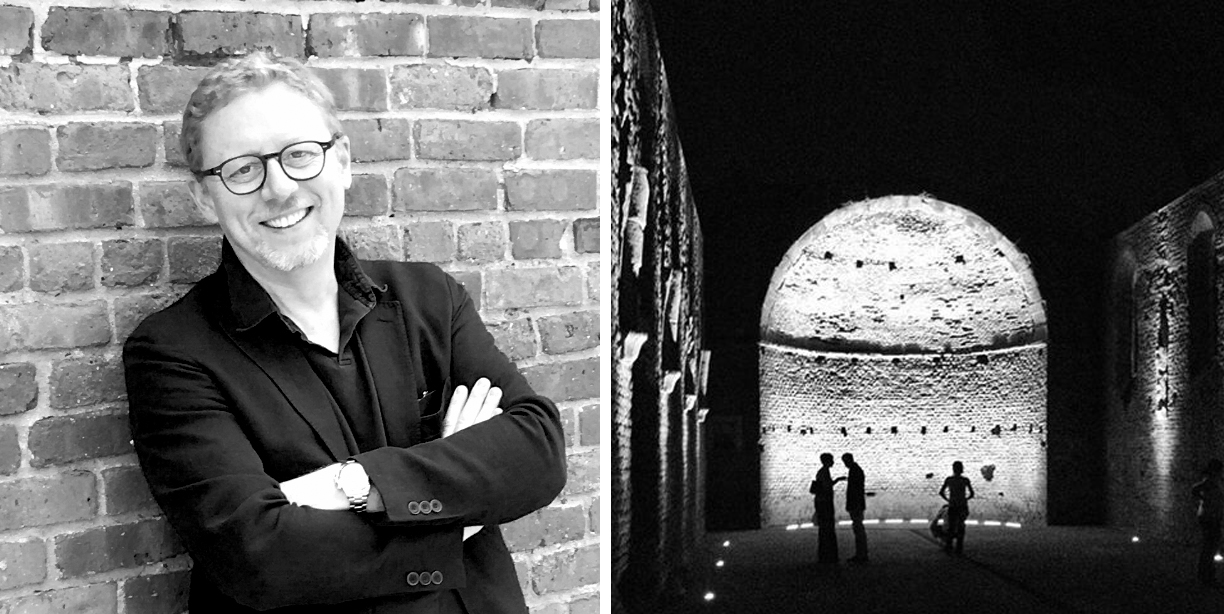 “The moment of the very first lighting has been exciting. The structure is wonderful in its simplicity. The challenge of this project has been the one to find the solutions that would respect the strict constrains of the Supervision Body, maintaining unaltered the architecture’s sobriety." M. Baldieri

The perimeter of the walls and the apse are the only witnesses today of an ancient era. The structure with a unique nave maintains at the front the outline of the sail-like bell tower. Indoors the perimeter walls that lead to the apse have trilobal single-lancet windows.

The perimeter walls that lead to the apse

The first step to do for a lighting designer is to have a knowledge of the site, to confront it during night time and to discover its light. Only by doing so, the site will correctly be interpreted and the planner’s vision observed. By observing the architecture during day time one perceives how, in the idea of the planner, the ogival windows would allow the light to enter and to give rhythm to its beams along the path to the altar.

The Baldieri Lighting Designers have resumed this concept by illuminating the plinths with a grazing light where time ago the roof trusses would have rested (SIMES in-ground luminaires, ZIP series) and have created an alternation of light and shadow that leads the step till the apse.

“The work refers to a highly historical piece of architecture and the walls could not be touched; therefore the in-ground luminaires solved the situation whilst providing a sharp result of grazing light.”.
M. Baldieri

The twelve ground- mounted flood lights MINILINEAR close to the absidia illuminate evenly with a grazing effect that allows the texture of the wall to emerge. A stark contrast between light and shadow is thus achieved; the apse is at the heart of the visitor’s attention and brings back its sacredness. 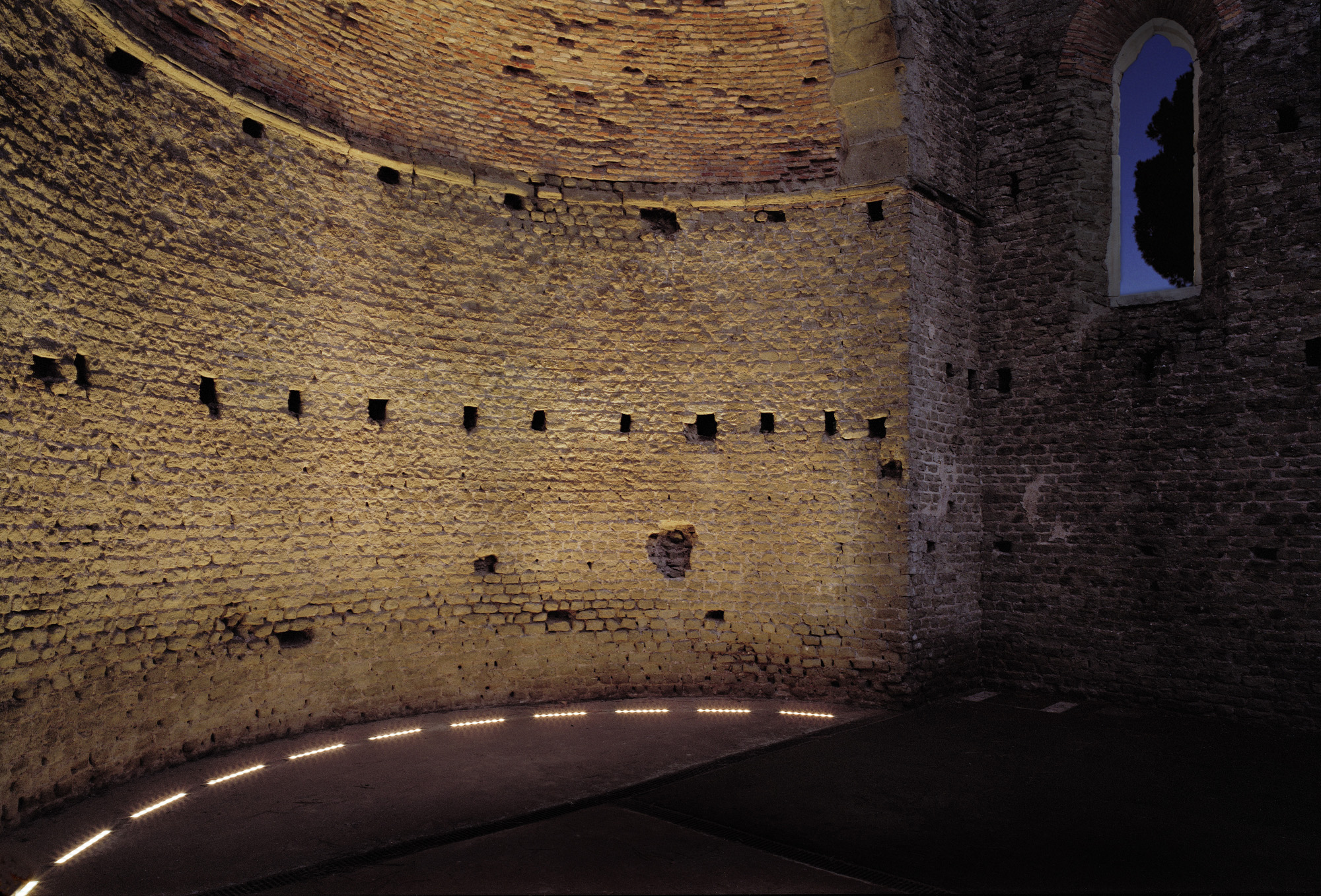 The Lighting Designers of the Baldieri Studio succeeded in interpreting the quintessence of this magic spot. They were awarded with the 2017 prestigious Award of Merit Illuminating Engineering Society (year 2017). 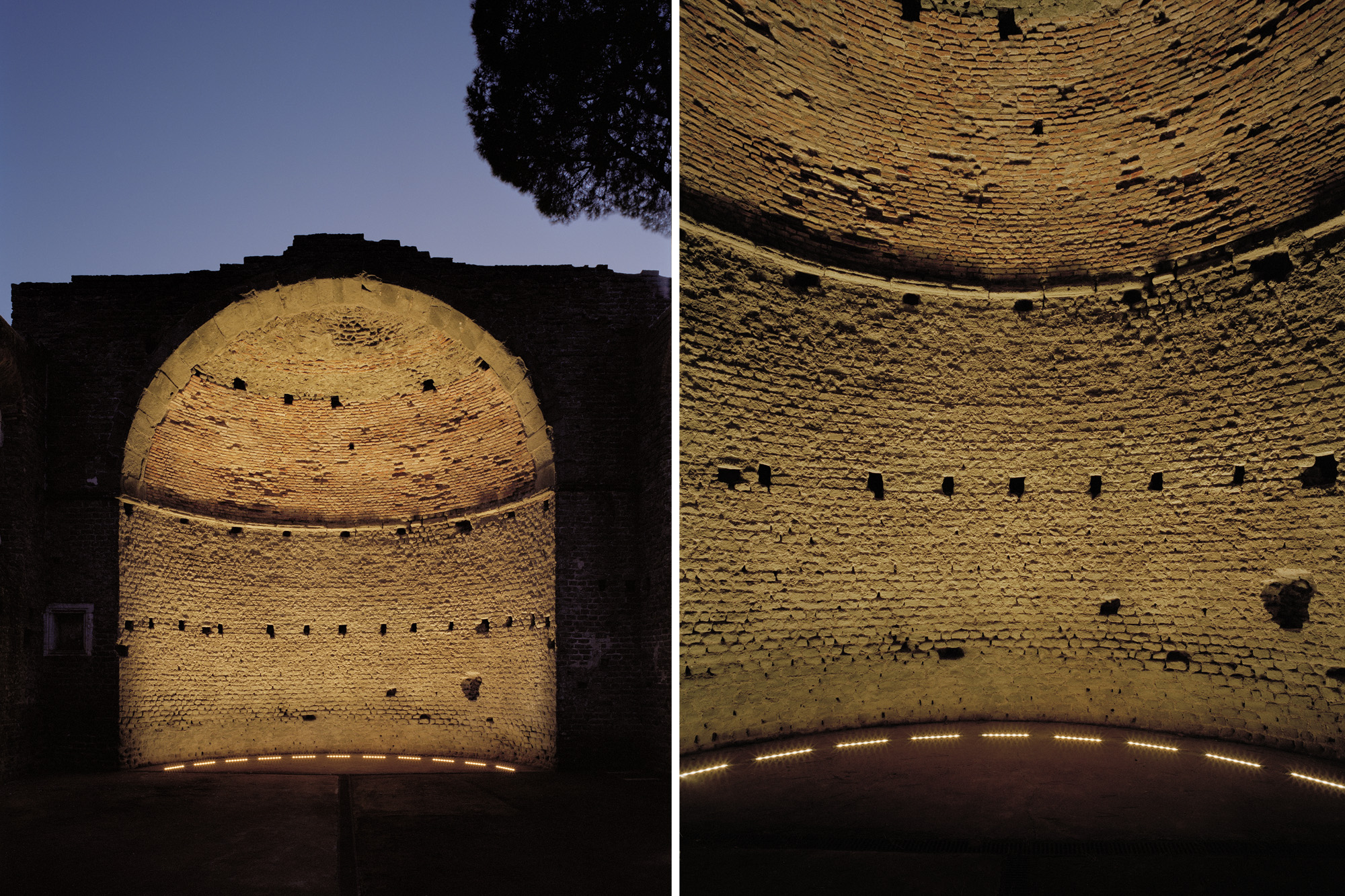 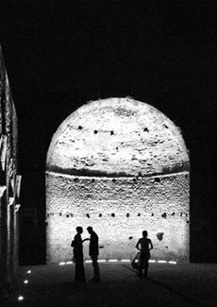 These and many other solutions represent Simes' response to the lighting designer's need to illuminate an ancient chucrh or historical settlement with comfortable light. If you wish to receive more information, do not hesitate to contact us. You can also book a digital meeting to focus with us on your specific project.