SIMES turns on the light
up the greatest
European aquarium

Den Blå Planet is the largest aquarium in Northern Europe. It hosts more than 20,000 sea animals in seven million liters of water. Simes turns on the light on the aquarium and let it live during the dark hours. We interview the lighting designer Jesper Kongshaugs to understand the challenge he took up on this project.

Den Blå Planet aquarium covers an area of 10.000m2 and it is a most spectacular modern architecture clearly visible for travelers, arriving by plane at the nearby Copenhagen Airport. It is an amazing and unique architecture, inspired and shaped on the natural whirlpool shapes: water streams, shoals of fish, flocks of birds.

“The storytelling of the building is this movement and rotation and the lighting is part of this storytelling, especially when the sunsets and the night comes" 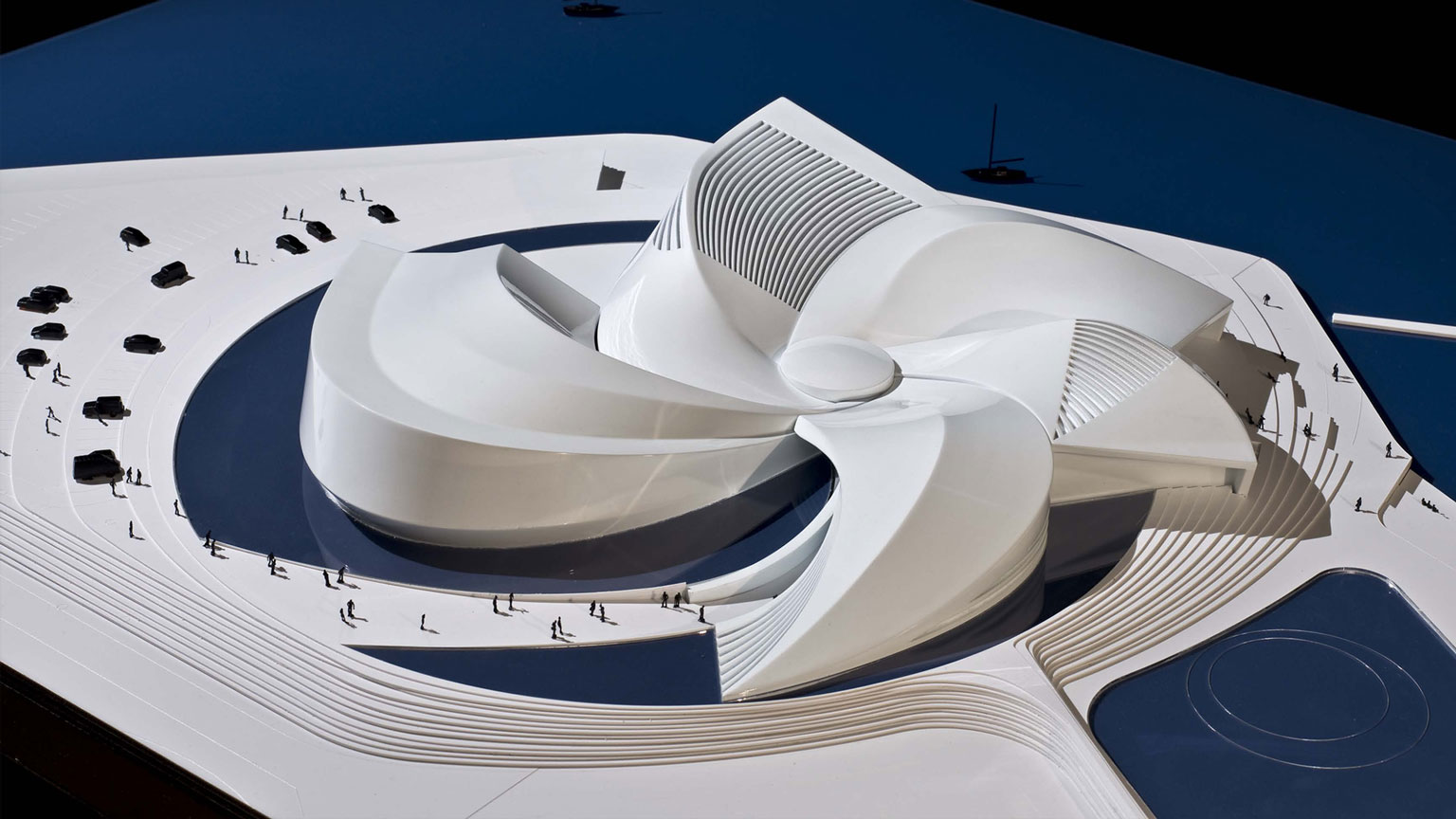 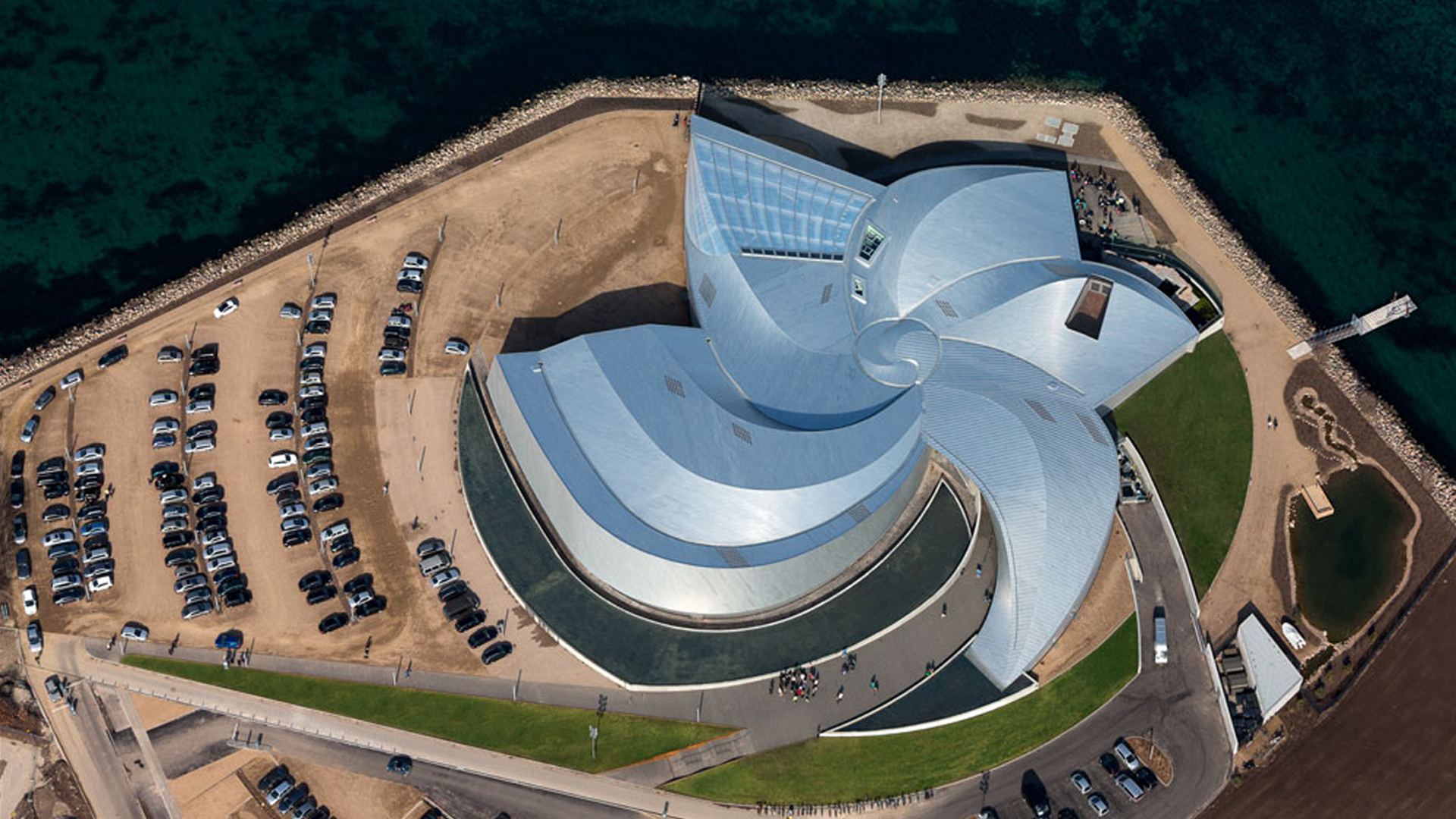 The facade of Den Blå Planet aquarium is covered with small diamond-shaped aluminum plates, known as shingles, which adapts to the building’s organic form. Just as water aluminum reflects the colors and light of the sky and thus the buildings expression varies with the changes in its natural surroundings.

“It is an aluminum surface, so it’s grey; it’s almost like the cloudy day and it has a mysterious shaping to it." 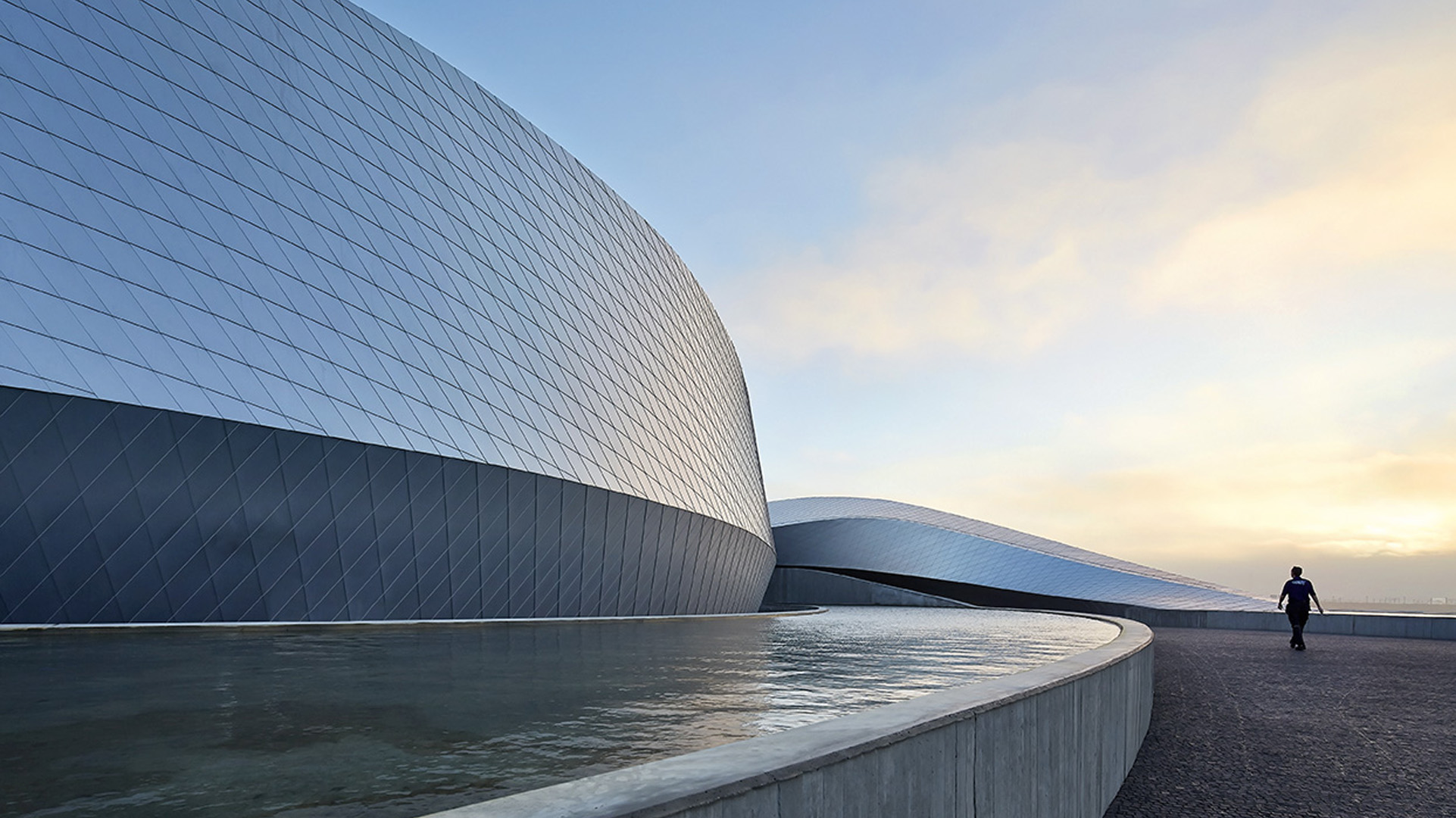 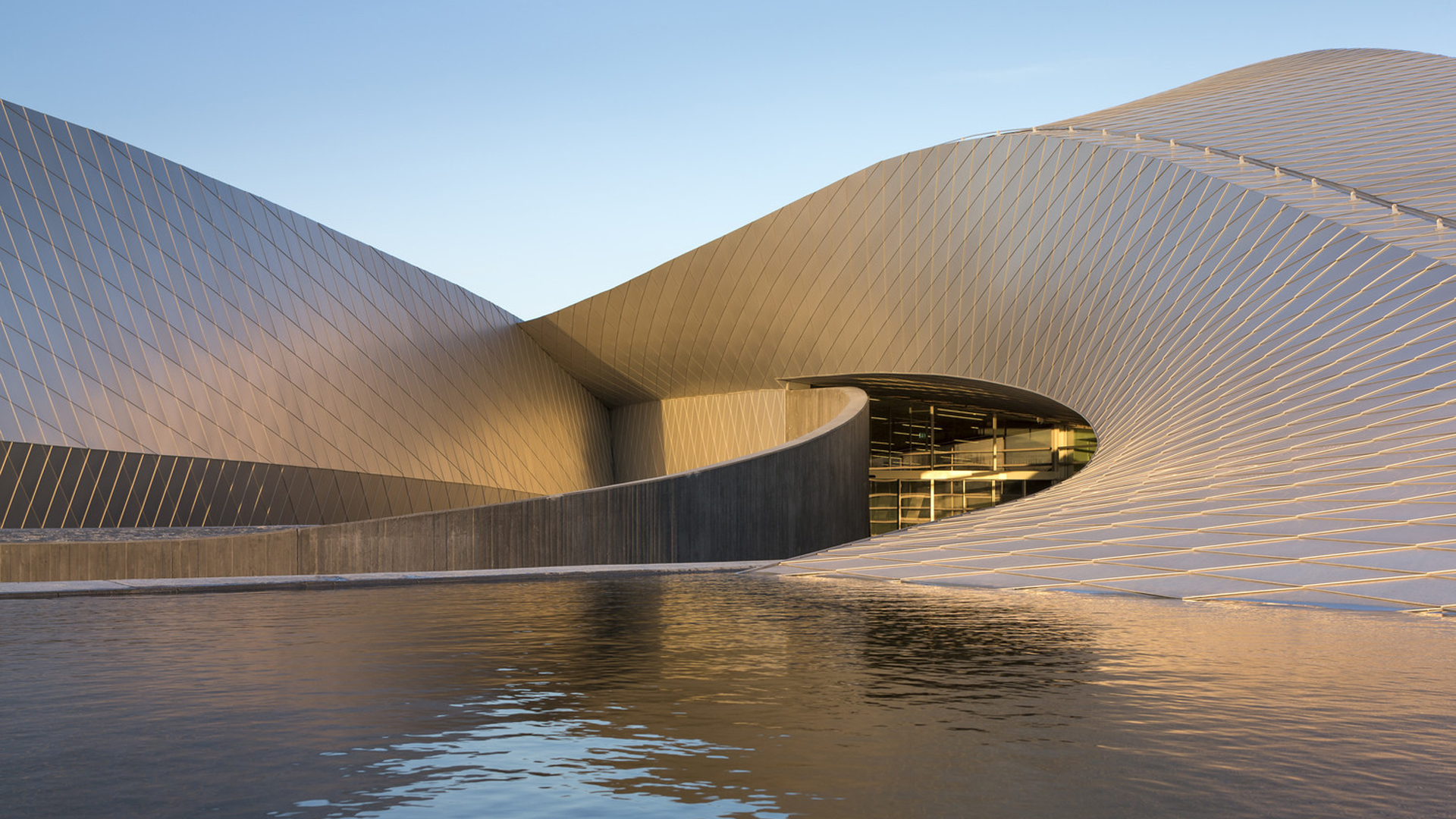 The project had two main challenges.

First, the high humidity grade and harsh climate due to the proximity to the ocean with very salty air, which are both big enemies of outdoor lighting luminaires since it lead them to harsh corrosion of the body and of the electronic components, till their shut down.

This represents a challenge that can be overcome with products of good quality which generate very low heat and improved with water-stop system so to assure a good functioning of the LED circuit and of the entire system during the years. A good water stop system can be identified with the presence of a pre-cabled luminaire  that doesn't require any manipulation for being installed but simply the connection with the main circuit.

“So based on the placement next to the ocean and also based on the optical performance, I think there was only one choice, and this was SIMES."

Second (not for importance) concerns the urban network in which the building is located. The visitors were expected to access from many different part of the area and the lighting need to be thought keeping this point into consideration to preserve their safety. Together with this, the nearby airport with many different flights provenience and destinations, imposed to choose of very precise luminaires with narrow beam able to illuminate the building without blinding the pilots flying in (Focus Projectors).

The lighting designer was lead to the choice of select precise luminaire, which was drived by the chance to integrate the LED product into the architecture thanks to their renovate design and miniaturized dimensions. This is the case of the wall recessed products installed along the entrance of the building (Blinker Step Light). With very fine thickness of the frame they have been built together with the architecture and perfectly blend themselves into it".

“The products are fully integrated and built together with the building itself. This really makes this new LED potential possible: having a lighting that is actually part of the building."

These and many other solutions represent Simes' response to the lighting designer's need to illuminate a valuable architecture with comfortable light. If you wish to receive more information, do not hesitate to contact us. You can also book a digital meeting to focus with us on your specific project.